Are mushrooms good for you

Mushrooms have the effects of strengthening the body, tonifying qi, detoxifying, and anti-cancer. Mushroom polysaccharide is an active ingredient extracted from the fruiting body of Mushrooms, mainly mannan, glucan and other components. It is an immunoregulatory agent. Studies have shown that lentinan activates human immune cells, promotes the differentiation and fission of immune cells, greatly increases lymphocytes, has strong anti-tumor activity, and can greatly improve the immune function of patients. As a biological response modifier combined with conventional chemotherapy, it can achieve the purpose of adjuvant therapy.

150 gastric cancer patients admitted to Yancheng First People’s Hospital from January to December 2019 were selected as the research subjects. According to the random number table method, they were divided into control group and study group, with 75 cases in each group. The control group was treated with chemotherapy, and the study group was treated with lentinan on the basis of the control group. The immune function and clinical efficacy before and after treatment in the two groups were compared, as well as the adverse reactions and quality of life caused by chemotherapy in the two groups after treatment.

It has been analyzed that lentinan has the following effects in gastric cancer: ①It can promote the maturation of T lymphocytes, improve the activity of NK cells, and then enhance the ability to kill cancer cells; ②It can induce macrophages to show immune activity. , can further kill cancer cells; ③It can reduce the toxic and side effects caused by chemotherapy, improve the quality of life of patients; ④It can improve the effect of chemotherapy. 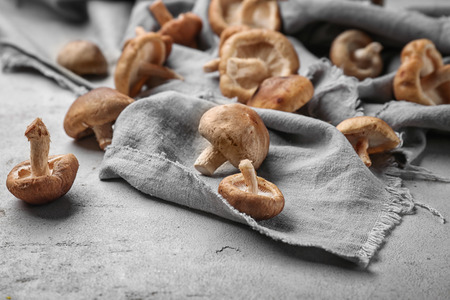